Fillings made of plastic – nice and cheap 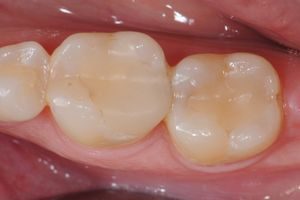 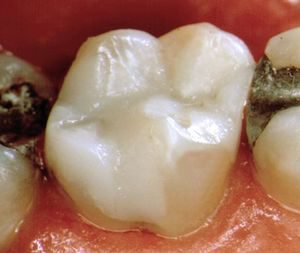 For cosmetic reasons, and because of its low comparative cost, ceramic today is the most widely used  tooth-colored plastic filling (composite filling).

Because of its good aesthetics, it is the drug of choice  especially in the frontal part of the mouth. Even for smaller fillings, it is a well-proven standard methods.

Thus the question of a filling material to replace amalgam for now even seems to be solved. Seems! Because after an average of three to six years the biting force-loaded, medium-sized plastic filling in the posterior region will normally be leaking again and should be replaced. In this case, always a little more healthy tooth substance must be sacrificed so that the filling is bigger every time and the problem is becoming increasingly stringent.

All plastics are introduced into a soft state in the tooth and are subject to a certain shrinkage during hardening. Where: the greater the filling, the more material is needed and the more shrinkage there is. Therefore, the filling material is introduced into the various layers in the tooth, to maintain this shrinkage as low as possible. However, it can rarely be avoided entirely, which can lead to stresses in the tooth (bite pain, sensitivity). But micro-columns can thus arise between the filling and the tooth, which can lead to leaky edges with early secondary caries (new caries under the filling).

Also in terms of wear susceptibility, composite fillings are inferior to other materials. Despite modern ingredients such as glass or ceramic particles,as a volume filler, they do not provide the necessary resistance for chewing force, since the material is softer than the tooth structure. For large fillings, this leads to rapid abrasion of the fillings, and the following changes in the overall bite.

For some patients, the ingredients in terms of sensitivities and allergies can be a problem. However, this can be checked in advance. 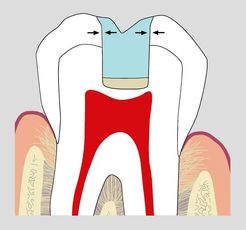 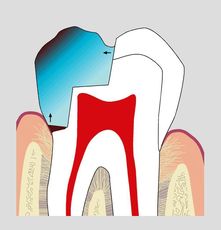